The police officer said “The plate number seems to be correct - good work. The bike was stolen three days ago” as he got interrupted by a phone call. After the call finished he looked at me and said “Sons of bitches just did it again in Kaveh Boulevard!”.

Half an hour earlier I was walking near Tajrish - a very busy and popular area in Tehran. I turned into a rather busy street and a few steps later I noticed a bike with three passengers riding past me. The rider drew my attention because he had a few scars on his face and I knew something was wrong as soon as I heard the bike stopped right behind me. Before I had the time to turn my head around two guys had jumped off the bike and surrounded me shouting “give us everything you have”. I gave them my wallet and iPhone as I was feeling a knife on my neck and seeing one on my chest. As they were searching my pockets they noticed my wedding ring. The guy on my left tried really hard to take it off but he couldn’t so he put the knife on my finger and said take it off or I’ll cut the finger and take it myself. I told them the ring does not come off as it’s been on my finger for thirteen years but they both started shouting threatening to cut the finger. Somehow in the middle of this madness I noticed an elder guy frozen in shock a few meters away watching us. They too turned around and saw the guy and suddenly jumped on the bike and took off.

As they took off I memorized the plate and asked the witness to call 110 (equivalent of 911). My hand was shaking so bad I could hardly hold the phone on my ear. Five minutes later a police officer arrived at the scene and generated a crime report and asked me to quickly go to the nearest police office for further investigation.

The bad news is the thugs are still out there mugging people. The good news is all this happened in front of a museum with plenty of CCTV cameras and one of the cameras has recorded them riding away. I also identified the riders amongst the photos shown to me in the crime investigation unit, oh and I still have my wedding ring and my finger!! 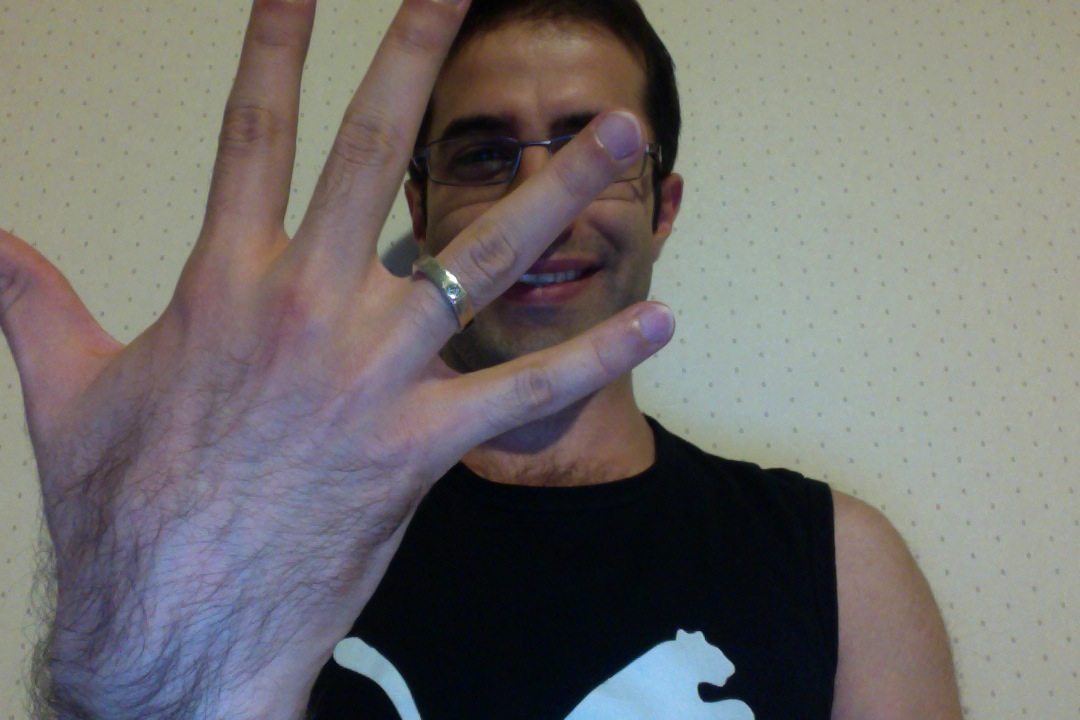 I still cannot stop wondering why would someone do such a horrible thing. Also wonder if that guy had shouted for help or felt a bit heroic and run towards me to help, both me and him could be dead or badly hurt now. On the flip side if I had walked a bit slower and turned into that street only 20 seconds later or if I hadn’t rushed towards the cab that took me to Tajrish none of this would’ve happened.

Right now I feel a lot of rage against thugs, a lot of sympathy towards crime victims, a bit of confusion on why this had to happen to me and I am still a bit shaken; but more than anything else I cannot be thankful enough for being alive and in one piece.